Details of current exploration programs are described in ASX releases. 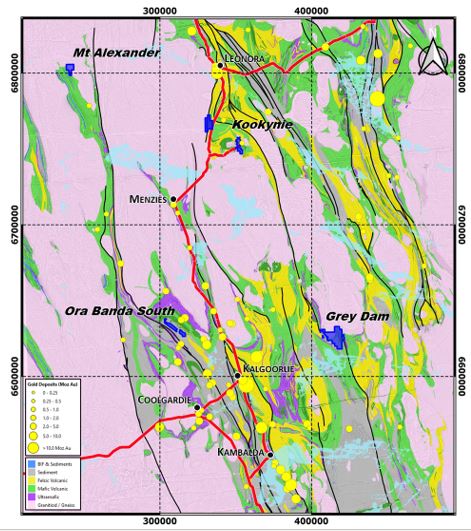 All the significant historical high-grade lodes mined at Kookynie have been discovered in areas of outcrop that were discovered by prospectors at the turn of the last century. The Project has the benefit of similar geology and structural setting with along strike extension of the mineralised structures. The most significant producing mines are associated with high-grade gold shoots within North-South trending quartz veins interacting with the Puzzle granite (Figure 2). 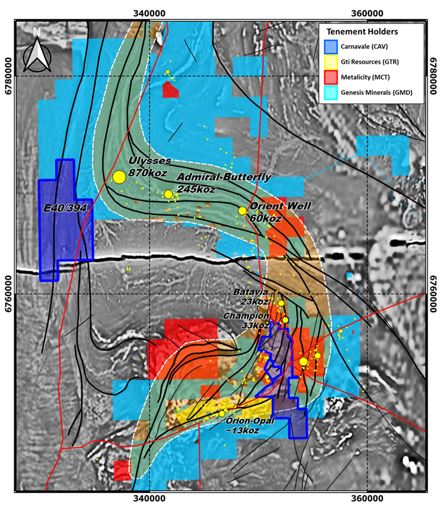 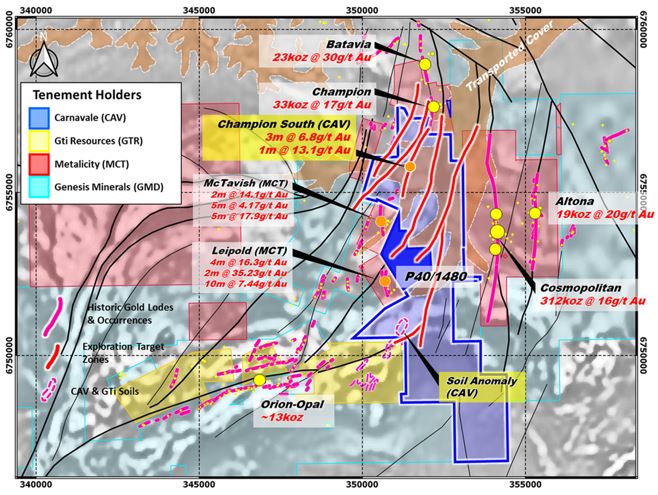 The geology of the project area is dominated by the Keith/Kilkenny tectonic zone within the north-northwest trending Archaean aged Malcom Greenstone belt which can be seen reaching from Sons of Gwalia in the North through the Kookynie District in the south (Figure 2).

The historic mining together with the recent exploration success of other explorers in the region provide strong support for the prospectivity of the Project. The major structural corridor extends from the Tier 1 Sons of Gwalia gold mine (>8Moz) owned by St Barbara Limited (SBM), through the Greater Ulysses Project (1.3Moz) owned by Genesis Minerals (GMD) and 10km further south to the Kookynie region (>0.65moz production) where NEX Metals, Metalicity and GTI Resources are achieving exploration success.

At Kookynie, historic production has occurred from the historic Cosmopolitan Mine (360,000oz @ 15g/t production) which lies 1km east of the project and the Champion Mine (33,000oz @ 17g/t production), the smaller mines of McTavish, Leipold, Batavia, Altona Diamantia, and Cumberland lie adjacent to the Project (Figure 2 and 3).

The Kookynie Project area is covered with a thin layer of transported material and is under explored with only 2 RC holes and limited wide-spaced RAB / aircore drilling undertaken within the project area. Carnavale is excited by the opportunity of applying modern geochemistry and drilling techniques to this highly prospective area.

The Kookynie Project is located in the central portions of the historic mining centre, which has produced over 650,000oz from high-grade gold lodes. Carnavale’s strategy is to explore and define sufficient high-grade gold resources that can be mined and transported to one of the five nearby processing plants. 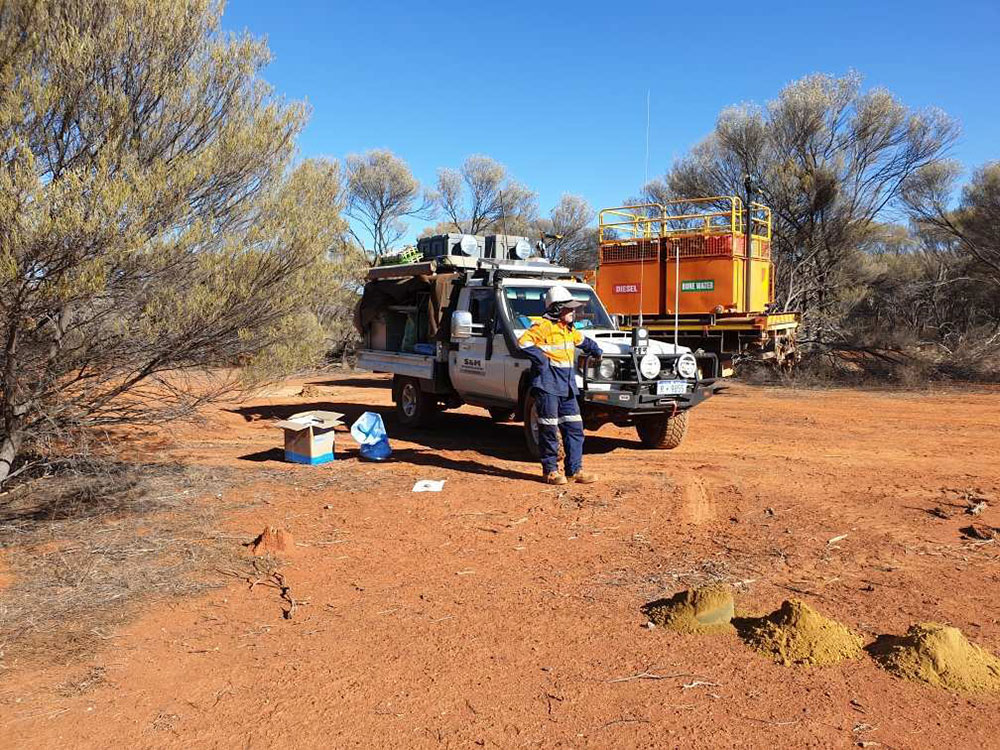 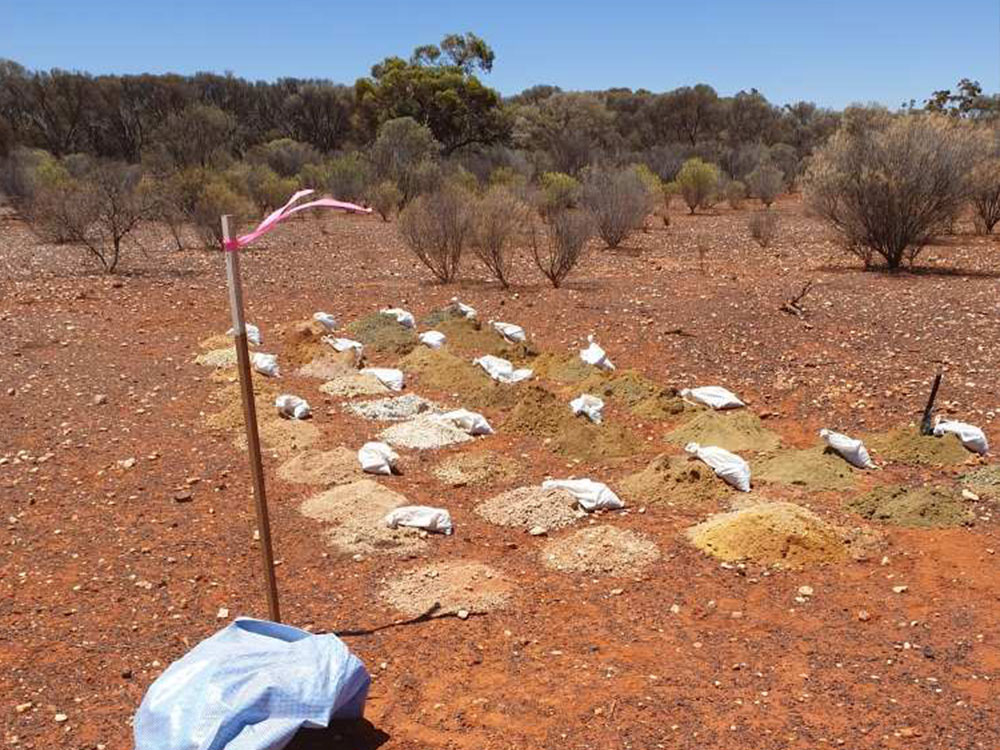 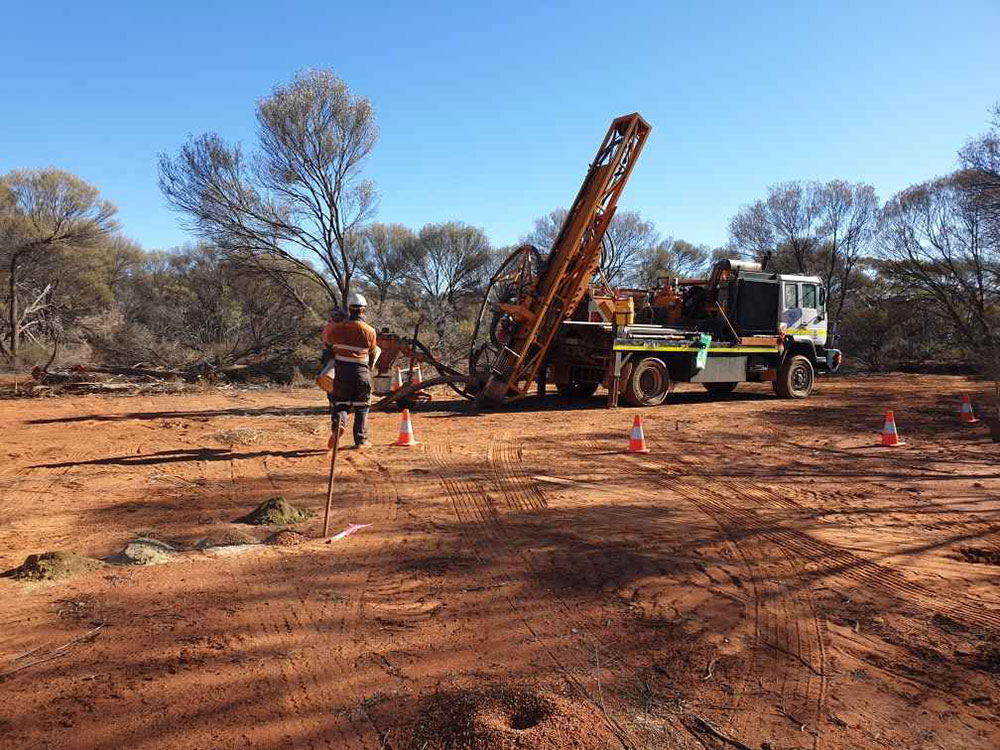